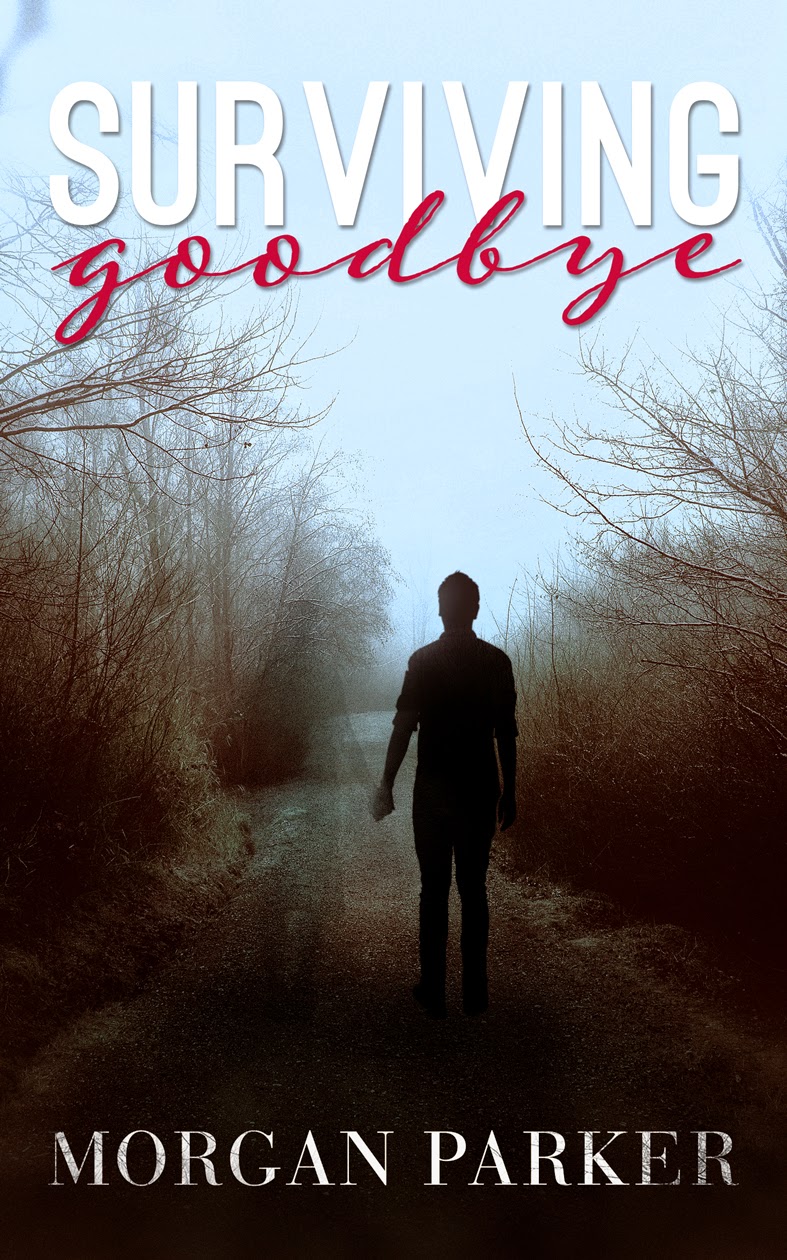 In the final hours of her life, Elliot Fitch’s wife confesses that he is not the biological

father to their 16-year old daughter.

in their child’s upbringing, Elliot faces an ironic dilemma about the true meaning of

parenthood and the roles we play in the lives of others, particularly those we love

and who love us in return.

By the time you read this, I’ll be dead. I hope I had the chance to tell you this myself,

but in the event that I couldn’t, I want you to know that from the moment we met, I

loved you. So, so, so much. And these past few months dealing with the reality of my

sweet on one hand, is devastatingly sad on the other: You loved me with the depth

and truth that most people never know. And because of that (here’s the devastating

part), I know you won’t let go, even once I’m gone. It’s sweet to know that I owned

your heart, body and soul for all of these years, but it crushes me that you will bury

these things with my body and not only deprive yourself of life, of enjoying and

sharing it with someone else but from love altogether... and that is the tragedy here.

You deserve to live, breathe, taste, and love again. Elliot, that is what Love is, and


that is what I want for you once I'm gone.

This book is the second in the Blue Phoenix series, and is the

continuation of the story told in Summer Sky. 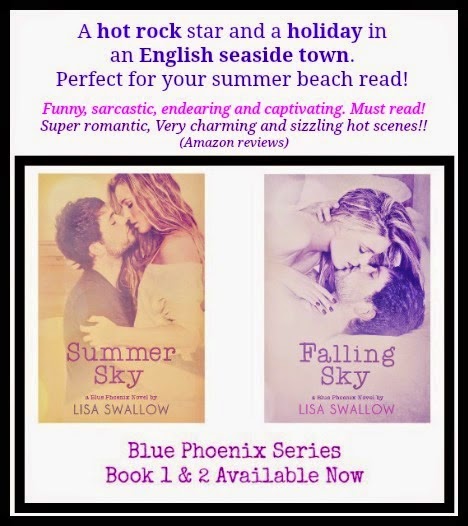 Morgan, and exploded when she discovered his hidden past.

trying to piece her life back together. Without an explanation from

Dylan, Sky has no choice but to try and forget him.

Dragged back into the life he ran from, Dylan continues to spiral

downwards as he copes with his fame the only way he knows how.

Shattered by the revelation Sky knows his darker past, he forces

himself to return to England and explain.

Sky and Dylan reconnect, attempting to build on the shaky

foundations of their summer. But the outside world continues to

Taking place in the epicentre of the Blue Phoenix world, Sky and

Dylan’s story continues amongst the chaos surrounding the band

The snow drifts down heavier than recently and by the time

we get to my place, the dark clouds bring the winter’s night on

“If we’re going back to the start, I should really rear-end

that car?” He looks at me sideways with a grin.

I’m busy calculating my next move and trying to anticipate

his because he’s turned the engine off. The snow settles on the

“White Christmas, do you think?” I ask.

“Before what?” He turns in the seat and I stiffen. If I kiss

“Before the roads get bad for you,” I say the words but I’m

unaware of anything but Dylan, the leather scent of his jacket is

different to the summer Dylan, a new flavour mingling with the

I lick my dry lips and his pupils dilate, even without his

hands on me, Dylan’s stirring arousal. He reaches out a hand,

pushing a strand of hair behind my ear the way he always used to,

his fingertips grazing my cheek with heat. Hesitantly, he moves his

face closer, reminding me of the first time he kissed me. I tense as

his warm breath strokes my face, dragged into the charged moment

before his lips touch mine.

Dylan softly presses his mouth to mine. Then waits. I push

my lips to his and our mouths move together, the hesitant kiss of

those just met, not of reuniting lovers. I fall into space, past the

stars into his universe, pulled to the man who has never let me go.

The world outside of the heating space of the car doesn't exist, our

bubble transplanted to here and now. I grip the growing curls of

his hair and hold his neck and he leans across the middle of the car,

pulls me close and lets go of his gentleness. Dylan holds both of

my cheeks, the way he did on the beach in the rain, and kisses me

like a drowning man desperate for air only I can give him.

My winter coat and his jacket prevent complete closeness

warmth and strength. If I do that, I know he’ll reciprocate and in a

car, in the street, isn’t the right place to start.

his head away. We breathe in sync, rapidly, reflecting the desire to

reunite that we both have. But not now, not yet.

Slowly, Dylan unwinds my fingers from his neck and shifts

“I’ve missed you, Sky,” he whispers, cupping my cheek.

“Life lost a lot of colour without you,” I say. “And not just

“Will you see me again?”

“Yes.” I softly brush his lips and draw away. Dylan’s

lips part and I place a finger on them. “But I’m not ready for the

“Which is why I’m going inside alone.”

“Unfortunately, I thought you’d say that.” He kisses my

As I open the car door, Dylan catches my hand.

forehead and sits back.

There’s a hint of the old Dylan, reaching out to the old Sky he’s

just resurrected. “It’s always tomorrow with you, isn’t it?” I ask,

echoing the words from the summer. 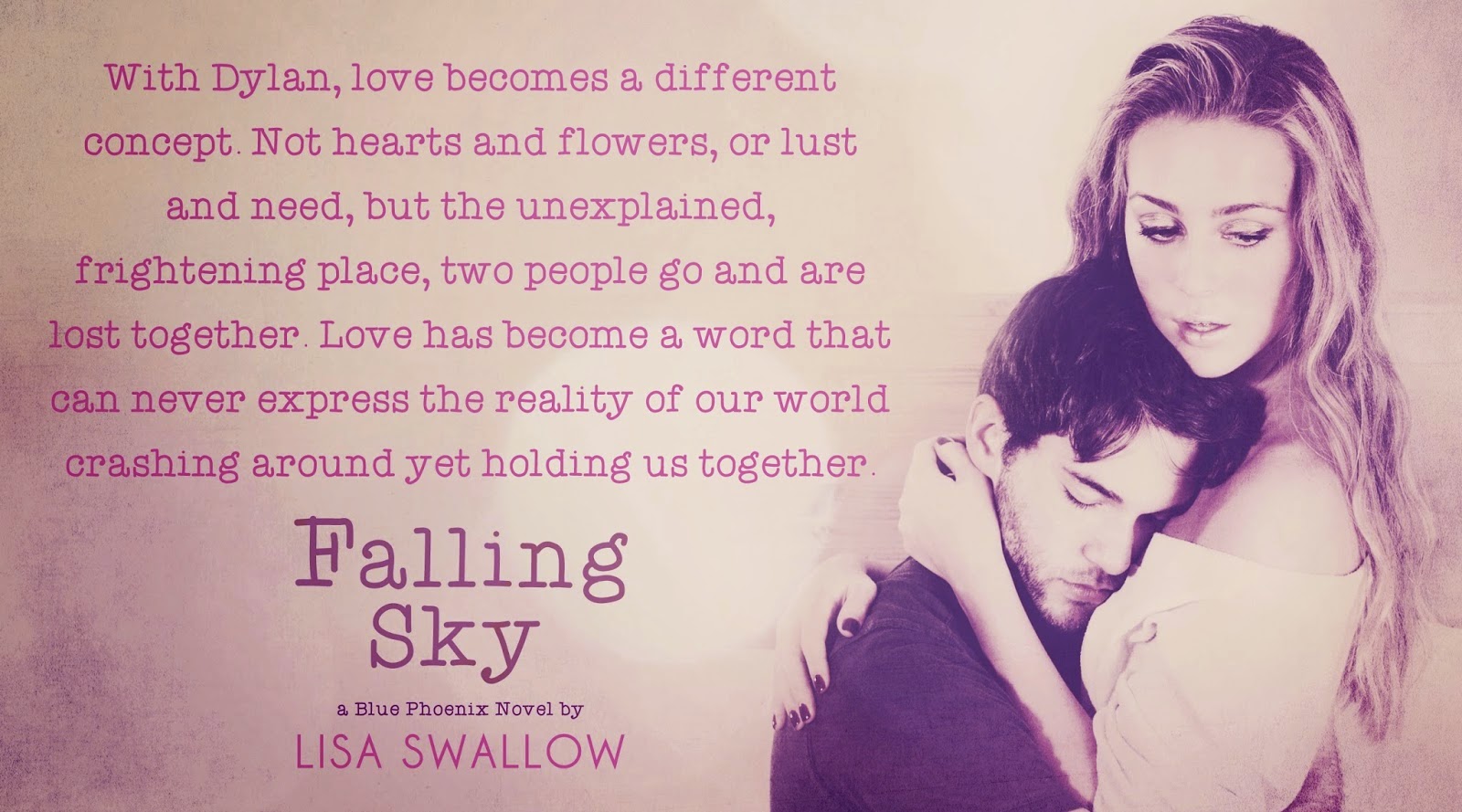 Sky changed her life for a man once, and she has no intention

of doing it again - even if he is a six-foot, tattooed rock god who

Sky Davis is fed up with boyfriend Grant taking her for granted,

and when she comes home to find him wearing a girl, Sky

suspects the relationship is over. She takes an unscheduled

holiday and leaves the life (and guy) she hates behind.

of his life being controlled by other people. Dylan cuts his hair

and walks away from his role as lead singer of Blue Phoenix,

leaving behind chaos and speculation.

Outside the English seaside town of Broadbeach, their cars and

Sky decides Dylan is an arrogant guy with too many tattoos, and

is. Dylan and Sky soon discover they’ve travelled to Broadbeach

place with happy childhood memories. Losing themselves in a

world where they know nothing about each other, Sky and Dylan

begin a summer romance that soon heats up their rainy English

Fantasies can’t last forever, and when reality crashes the party,

Returning to the real world, public scrutiny isn’t their only

reason for wanting Sky out of Dylan’s life, and is determined to

come between them. Some things won’t stay hidden, even when

Summer Sky is a contemporary romance where occasionally

more than the bacon sizzles. It is the first in the Blue Phoenix

The Blue Phoenix books are a series of contemporary romance

novels and novellas centred on the fictional rock band Blue 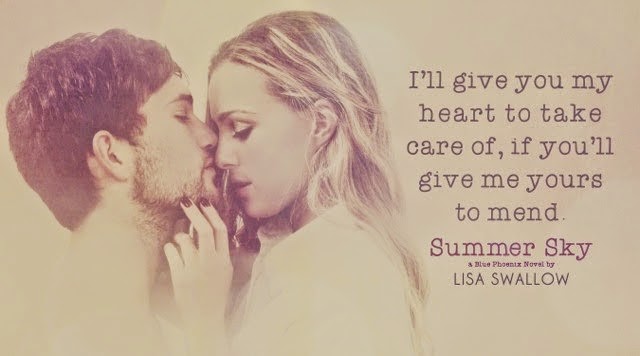 and contemporary, often with a side of snark.

In between running a business, looking after her family and

writing, Lisa sometimes finds spare time to do other things. This

often involves swapping her book worlds for gaming worlds. She

even leaves the house occasionally.

now lives in Perth in Western Australia with her husband, three

a http://www.rafflecopter.com/rafl/display/0d8cb942/ Rafflecopter giveaway
Posted by Booky Ramblings.... at Wednesday, July 09, 2014 No comments: