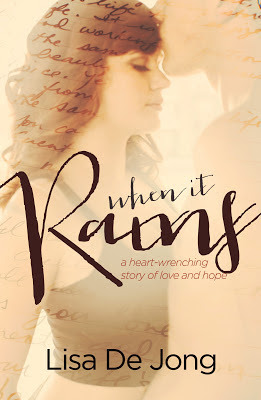 One night changed my life forever.

Beau Bennett has been my best friend since I can remember. He was my first crush before everything came crashing down, and now he wants more, but it's more than I can give him. Things are different now. I wish I could tell him why, but I can't.

I haven’t told anyone.


I never knew how much I really needed him until the day he left for college, and I was completely alone.


Then one day, Asher Hunt rides into town with his dark, captivating eyes and cocky grin. He doesn't care who I used to be, he's simply breathing life into what’s left. People warn me to stay away from him, but he helps me forget the pain that has held me hostage for so long; something I thought was impossible before he walked into my life.

I thought my story was written that night, but now I know it was only a new beginning. Until one secret turns my world upside down…

Lisa De Jong is a wife, mother and full-time number cruncher who lives in the Midwest. Her writing journey involved insane amounts of coffee and many nights of very little sleep but she wouldn't change a thing. She also enjoys reading, football and music.

a Rafflecopter giveaway
Posted by Booky Ramblings.... at Tuesday, September 03, 2013